What is difference between JEE Main and JEE Advanced ? 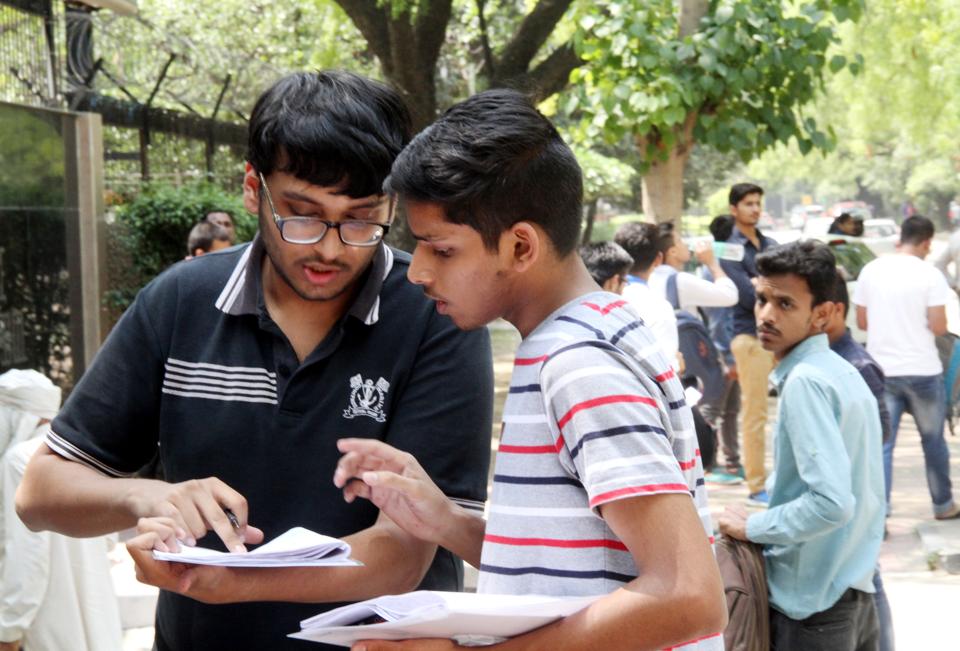 Difference in Difficulty Level between JEE Main and Advanced

The difficulty levels of both the examinations are high as they are nationally held competitive exams which are attempted by lakhs of students annually. But there are certain differences in the level of difficulty among both the exams.

The JEE Main is held for the students based on the syllabus of 11th and 12th standard only and it is supposed to be a kind of preliminary exam before the JEE Advanced. Therefore, the JEE Main is comparatively easier than the JEE Advanced   as the students who have scored well in JEE Main are qualified to attempt the JEE Advanced examinations for admission to the prestigious IIT’s. Therefore, they are tested with the syllabus of 11th and 12th standard as well as some additional conceptual problem-solving skills.

Difference in Eligibility between JEE Main and Advanced

For the JEE Main 2020 exams, the students who appear in the exam have to be pass outs of the 12th exams in 2018, 2019 or will be appearing in 2020. The minimum marks to be scored in 12th standard for admission to the NIT’s, GFTI’s and IIIT’s are minimum 75% for general candidates and minimum 65% for SC/ST candidates or they have to be in the top 20 percentile in their respective class 12 examinations.

In case of JEE Advanced 2020, the students who want to appear have to be passed out of 12th standard in 2019 or 2020 batch only as well as they have to qualify the JEE Main exams with the required cut off. Only 2, 24, 000 rank holders among all the attempting candidates are allowed to attend the JEE Advanced examinations and among them, only a handful gets selected in the IIT’s.

The JEE Main 2020 consists of two papers 1 and 2. Paper 1 is for engineering admission and held in online mode and paper 2 is for Architecture and Planning admission which is held in offline mode. The engineering admission candidates need not attempt the paper 2 and the architecture admission candidates need not appear for paper 1 but candidates can opt for attempting both engineering and architecture or planning have to attend both. The subjects for JEE Main paper 1 include Physics, Chemistry and Mathematics in MCQ type. Paper 2 contains Aptitude Test, Drawing and Mathematics in MCQ type. Both papers 1 and 2 have to be attended within 3 hours.

The JEE Advanced also has two papers 1 and 2. Both are compulsory papers and held in online mode. The students who wish to acquire admission in the architecture courses in IIT have to pass paper 1 and 2 as well as attend AAT (Architecture Aptitude Test). The AAT examinations are conducted by the 7 zonal IIT’s among the 23 IIT’s present in India. The AAT paper can be attending after the declaration of the JEE Advanced results. Paper 1 contains Physics, Chemistry, and Mathematics in MCQ type and Paper 2 contains numerical type Conceptual questions. The time allowed to attempt the questions is 3 hours.

Difference in Number of Attempts between JEE Main and Advanced

The candidates, who want to appear for JEE Main, can do it 3 times only and that too in 3 consecutive attempts.

The candidates get only 2 consecutive chances to attempt JEE Advanced examination.

Difference in Syllabus between JEE Main and Advanced

The JEE Main syllabus consists of subjects from the 11th and the 12th standards Physics, Mathematics and Chemistry. Although there are many advanced subjects and topics in the subjects which are excluded in the JEE Main examination as they would increase the difficulty level considerably. Some of the easier topics or repetitive topics which are excluded from the JEE Advanced  syllabus but included in the JEE Main syllabus are Electronic Devices, Electromagnetic Waves and Communication systems in Physics, Biomolecules and Chemistry in Everyday Life from the subject of Chemistry, and Sets, Relations and Functions, Statistics and probability, Trigonometry, Mathematical reasoning from Mathematics. These subjects are already asked in JEE Main which is attempted by all candidates who attempt JEE Advanced, therefore there is no point in asking the same repetitive topics.

Previous Post7 Reasons Why You Must Choose A Career In Nursing! Next PostImportance of Christian Education in the Lives of Children